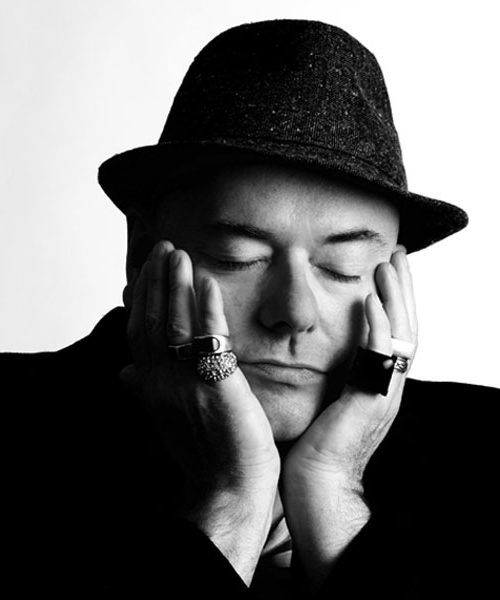 Multi-award winner as best jazz vocalist – BBC Jazz Awards 2007 and 2004 and Parliamentary Jazz Awards 2018, alongside nominations from the Jazz FM Awards 2013 and Downbeat Magazine 2017 – Ian Shaw has amassed a number of highly acclaimed internationally released albums and is a popular performer both in the UK and the US. He has been cited, along with Mark Murphy and Kurt Elling, as one of the world’s finest male jazz vocalists.

Shaw’s career in performance began unusually for a jazz musician on the Alternative Cabaret Circuit, alongside such performers as Julian Clary, Rory Bremner and Jo Brand. Shaw was spotted by Dave Illic, jazz critic for City Limits and was described as “the voice of the decade”.

During the next few years, Shaw moved from the singer-pianist format to working with his new band to an eventual move into jazz. Shaw has toured extensively in the UK – regular venues include the Purcell Room, Queen Elizabeth Hall, Blackheath Concert Halls, Ronnie Scott’s, Pizza Express Soho Jazz Club, The Vortex, the Jazz Café and The Barbican. Ian has played at all of the major jazz festivals in the UK including Brecon, Liverpool, Birmingham, Edinburgh (where he was nominated for a Perrier Award), Grimsby, Glasgow, Cheltenham, Scarborough, Swanage and St. Ives.

In Europe, he has proved popular in France, Germany and Italy with numerous live appearances. He has also performed regularly in the States including Jazz at the Lincoln Center (New York), Cine Grill (Hollywood), the Fairmont (Chicago), The Nest (Washington DC), Fez Club (New York), the Ellington Church (New York), the Pasadena Auditorium (California), the Miami Film and Music Festival and the Arizona Jazz Party. He has also performed at the Hanoi Opera House and Ho Chi Minh City Opera in Vietnam. More recently Ian has become a frequent visitor to Canada, as result of regular play on the 24 hour JazzFM91 radio station where his Ronnie Scott’s Radio Show airs weekly.

His acclaimed 2006 album Drawn To All Things – The Songs Of Joni Mitchell saw him “Praised far and wide as the single greatest male jazz vocalist Britain has to offer” by Jazz Times. This was followed in 2008 by the autobiographical collection co-penned with David Preston, Lifejacket, also on Linn Records. In 2009 Shaw recorded his long-awaited solo album, Somewhere Towards Love (Splash Point Records) which continues to represent beautifully his increasingly popular solo shows.

In the summer of 2010, Shaw joined a historical legacy of artists and recorded his first Abbey Road studio album. Using a personal blueprint connection in the shape of legendary bassist Peter Ind, Shaw and his young guitarist collaborator, David Preston, assembled a stellar, international, cross-generational band resulting in a recording that led Jamie Cullum to say “the incomparable Ian Shaw… absolutely fantastic” and reflects Shaw’s position as one of the world’s leading jazz singers.

Shaw’s 2013 album, A Ghost In Every Bar, The Lyrics Of Fran Landesman (Splash Point Records)fulfilled a long-standing promise made to the late poet/lyricist Landesman to make an album devoted to her work. Ian was one of her favourite singers and his past discography includes many of her songs.

His appearances on TV include guest slots with Jools Holland, Top of the Pops, The Jack Dee Show, Christmas Night with the Stars (BBC), Channel 4’s The Happening, TVAM, BBC Breakfast Show, BBC 2’s A Night of Love, BBC 2’s Jazz at the 606 alongside numerous appearances on the Performance and Artsworld channels. More recently Shaw featured in the prestigious live session slot of BBC 2’s The Review Show and Channel 4 filmed him with Liane Carroll for their series Random Acts.

Collaborators over the years have been many and include Quincy Jones, Abdullah Ibrahim, Guy Barker, Kenny Wheeler, John Taylor, Iain Ballamy, Mornington Lockett, Barb Jungr, Cleo Laine, John Dankworth, Cedar Walton, Joe Lovano and Joe Beck. Shaw’s ongoing and highly popular collaboration is a celebrated duet show with Claire Martin, the UK’s finest female jazz singer (he also guested on her 2002 album Too Darn Hot! (Linn AKD 243)). Together they have toured the world in an intimate duo setting with Shaw playing the piano and with the BBC Big Band. They co-hosted the 2004 BBC Jazz Awards.

Lifejacket, Shaw’s 2008 album, cemented his reputation as a fine songwriter as well as a great jazz singer. One of his recent self-penned songs, Somewhere Towards Love, has been a radio favourite, chosen by both style icon, Molly Parkin, on her Desert Island Discs (BBC Radio 4) and by fellow performer Julian Clary on the Jools Holland Show (BBC Radio 2) and Radio 4’s Saturday Live.

Shaw was for some time the presenter on BBC Big Band Special on BBC Radio 2 and is a regular on BBC Radios 2, 3 and 4, BBC Radio London and Jazz FM where he guest-presented their legendary Dinner Jazz show. In October 2012 Shaw presented a show called Miles Symphonic live from the Tower Ballroom Blackpool for Radio 3. Also for Radio 3, in June 2012, Shaw joined The BBC Concert Orchestra, alongside Pete Townshend and Jeff Beck at The Southbank Centre for London On Film and later was invited by Pete Townshend to revoice the songs from Quadrophenia (scored by composer, Rachel Fuller) for a new recording. In a similar vein, Gail Zappa invited Ian to play “Mark” in a fully orchestrated new version of 200 Motels, Frank Zappa’s cult 1972 movie which was performed on the Royal Festival Hall stage and broadcast on Radio 3 as part of Hear and Now in October 2013. Shaw then reprised this role for the Belgian premiere of the work, in Antwerp, with the Brussels Philharmonic, in March 2014.

In 2011 Shaw joined Rory Bremner on a UK stand-up tour where he firmly returned to his roots by performing a mix of comedy and original songs. The tour continued into the following year with dates nationwide including the Glasgow Comedy Festival. A Bit Of A Mouthful – An Evening With Ian Shaw, Ian’s solo “sit-down” comedy show, a delicious confectionery of witty songs and stories, hit the Edinburgh Festival in August 2012 to great acclaim for a month’s run at the famous Stand comedy club. At the invitation of Barry Humphries, Ian took this show to the Adelaide Cabaret Festival in June 2015 before touring across Australia with local ace trios and gave two solo shows in Kuala Lumpur, Malaysia on his return. In October 2015 Ian performed A Bit Of A Mouthful in Berlin at the Bar jeder Vernunft.

To celebrate the landmark birthday of the legendary songwriter, Joni Mitchell, Shaw toured Joni at 70 – Ian Shaw Sings Joni Mitchell, in 2013-2014 sometimes inviting the award-winning jazz singer, Claire Martin, to guest. It played to New York’s 54 Below, Toronto’s Old Mill Inn as well as a packed Elgar Room (The Albert Hall) at the London Jazz Festival.

Recent European touring dates have taken Shaw to venues and festivals throughout Italy, Ireland, Germany as well as Belarus, to perform solo or with his trio. Ian’s return to working with the singer-with-trio format has seen him teaming up with the in-demand young pianist, Barry Green, the legendary UK bassist, Mick Hutton and old cohort, drummer David Ohm. Following their appearance in 2014 at the prestigious North Sea Jazz Festival, Ian returned to Hamburg’s Elbjazz in 2015 with the trio to showcase his new work.

Ian’s work with the trio is captured on the albums The Theory Of Joy and Shine Sister Shine, both on Jazz Village [PIAS] and released in all formats in 2016 and 2018 respectively to great acclaim (see reviews). Ian toured these works in Canada, the Far East and Australia and Europe in club dates and at festivals, both in solo shows and with the trio.