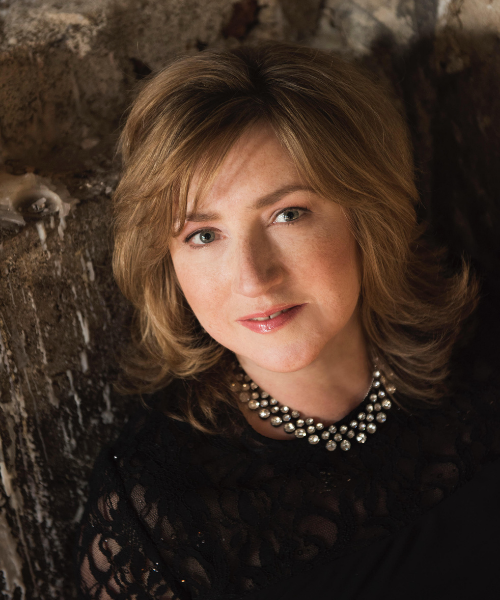 Acknowledged as one of Britain’s finest pianists, Lucy Parham applies her sensitivity and imagination not only to concertos and recitals, but also to portraits in words and music of such composers as Schumann, Chopin, Liszt, Debussy and Rachmaninoff.

Her life-long passion for the music of Schumann inspired the original concept of the words and music evening, Beloved Clara.  Two further evenings, Liszt – An Odyssey of Love and Nocturne – The Romantic Life of Frédéric Chopin also premiered in the London Piano Series at the Wigmore Hall. These musical portraits have toured the UK and abroad, also making their US debuts in Los Angeles and subsequently broadcast on NPR across the USA. The fourth programme, Rêverie – the life and loves of Claude Debussy was premiered at the Wigmore Hall London Piano Series with Henry Goodman. The CDs of Beloved Clara (Martin Jarvis/Joanna David), Nocturne (Samuel West/Harriet Walter), Odyssey of Love (Henry Goodman/Juliet Stevenson) and Rêverie (Alex Jennings) have all been released to critical acclaim.

Her fifth show, Elégie – Rachmaninoff, A Heart In Exile” is touring the UK and the CD (Henry Goodman) is now available.

The latest Composer Portrait I, Clara has been created for especially for 2019 – celebrating Clara Schumann’s 200th anniversary. The CD (with Dame Harriet Walter) was released in October 2019.

Lucy Parham first came to public attention as the Piano Winner of the 1984 “BBC Young Musician of the Year”. Since her Royal Festival Hall concerto debut at the age of 16, she has played throughout the UK as concerto soloist with most of the major British orchestras and is a frequent recitalist at the Wigmore Hall. She has also toured the USA with the BBC Concert Orchestra on their 50th anniversary, as well as Mexico and Turkey with Royal Philharmonic Orchestra with whom she has now given over 60 performances. Abroad, she has toured with the Russian State Symphony, Sofia Philharmonic, Bergen Philharmonic, Polish National Radio SO and L’Orchestre National de Lille.

Lucy Parham is a regular guest and presenter on BBC Radio 3 and 4, BBC World Service and BBC TV. She has also broadcast several times on the BBC as the commentator on the Leeds International Piano Competition and has frequently been a judge and radio presenter for the Final of BBC Young Musician of the Year. She was invited to be the Director of the 2006 Schumann Anniversary Festival at Cadogan Hall and the Director of Schumann 200 Festival at King’s Place in 2010. In 2016 she was a member of the jury at the Robert Schumann International Piano Competition in Zwickau, Germany.

In 2017/18 she presented her second series of Sheaffer Sunday Matinees  – comprising all her Composer Portrait concerts. She has been Artistic Director of the Kings Place Coffee Concerts (Word/Play series) and of the Guildford Spring Festival.

Lucy Parham is a Professor at the Guildhall School of Music and Drama, London.