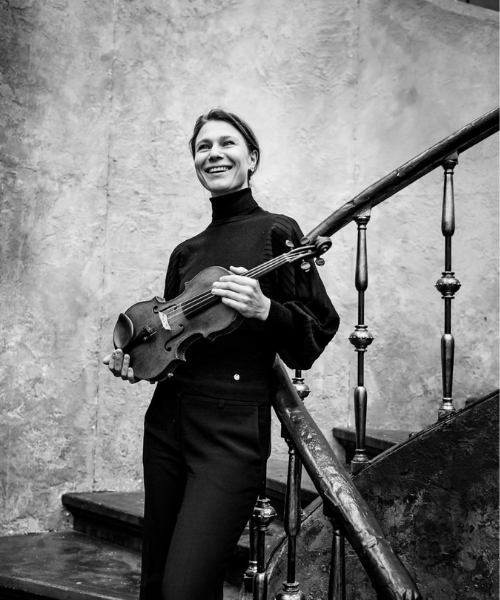 Russian violinist Ania Safonova was Associate Concert Master with the Orchestra of the Royal Opera House from 2008 to 2019. During the 2018/19 Season, she was Concert Master for Frankenstein, Don Quixote, Hansel & Gretel, The Nutcracker, Asphodel Meadows, Faust, and Le nozze de Figaro.

In the 2019/20 Season, she returns as Guest Concert Master for The Sleeping Beauty and Otello. Born in Siberia, Safonova started playing the violin at the age of five and made her concert debut aged seven with the Omsk Philharmonic. She emigrated with her family to Israel in 1991 and continued her violin studies at the Tel Aviv Conservatory, later moving to London to study at the Purcell School and the Royal College of Music. She was Associate Leader of the Halle Orchestra 2001–06. Safonova has performed at many international festivals and played as a guest leader with orchestras including the BBC Symphony Orchestra, City of Birmingham Symphony Orchestra, BBC National Orchestra of Wales, Birmingham Royal Ballet, Aurora, and Scottish Chamber Orchestra. She features as Concert Master in the 2009 recording of Kenneth MacMillan’s Mayerling and the 2016 recording of Donizetti’s Lucia di Lammermoor, which are available on DVD by Opus Arte.