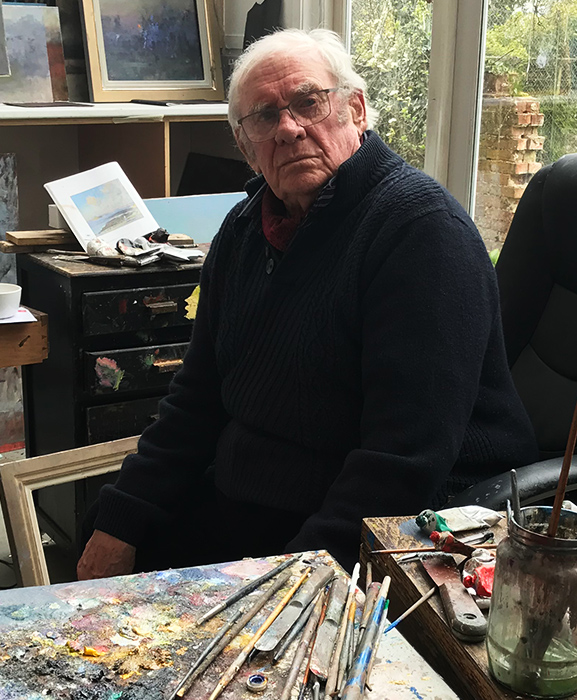 Fred Cuming is a Senior Royal Academician and, when elected RA in 1974, was the youngest member to be elected to the Royal Academy of Arts. His artistic career has spanned over sixty years so far, and he has created (and sold) a body of work of some 5,000 paintings. Particularly fascinated by the observation and depiction of light and atmosphere, Fred Cuming is now one of England’s foremost and best-loved contemporary landscape painters.

Fred has exhibited widely, for many years, and has work in private and public collections internationally. In 2001 he was given the honour of being the ‘Featured Artist’ by the Royal Academy and honoured with a one man show and whole gallery, coinciding with the RA Summer Exhibition. In 2004, he was awarded an Honorary Doctorate of the Arts at the University of Kent in Canterbury, in recognition of his status as an artist and his lifetime contribution to the Arts.

The East Sussex coastline, in particular the area around Camber and Rye, has provided the backdrop for much of Fred’s work. The tonal and pictorial values in his oil studies are true to nature achieved by his distinctive technique of quickly layered colour resulting in a sensitive and unique rendering of light and mood. His trademark palette, indicative of the Camden School Group, is refreshingly limited, making his paintings definitively ‘Cuming’.