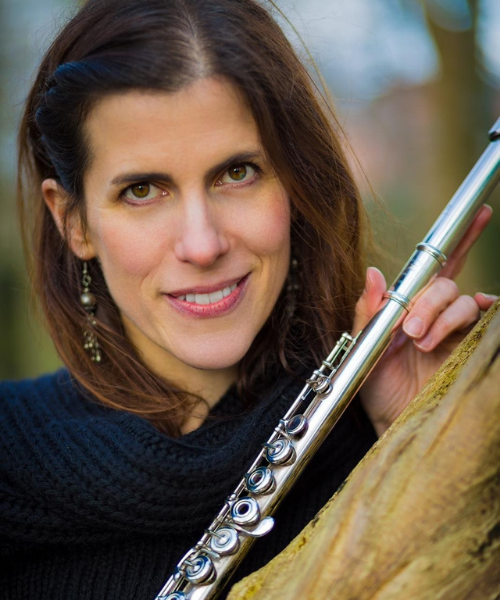 Katherine Baker studied at the Royal Academy of Music and within only 2 years of leaving was made Principal Flute of the BBCNOW in Cardiff. In 2004 she was offered the same post with the Hallé Orchestra in Manchester, a position she held for 14 years. Alongside an orchestral career which has seen her appear as guest principal with all the major orchestras in London, Katherine has been involved in much chamber music at festivals across the country. She loves the contrast of music-making within a more intimate setting and this lead her to encourage her husband to found the Glossop Music Festival in 2012.

In 2018 she was appointed Principal Flute with the Orchestra of the Royal Opera House, Covent Garden. Katherine and her family now live in Kent and would very much like to bring more accessible classical music to the local area, something to enrich people’s lives during this time of uncertainty.

Katherine is flute professor at the Royal Academy of Music and was made an RAM Fellow in 2009.